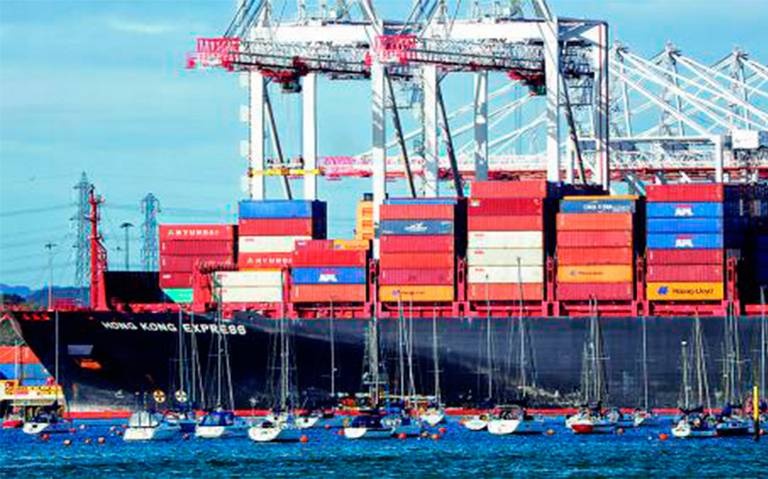 Although the Mexican government is immersed in the new Comprehensive Transpacific and Progressive Partnership Agreement (CPTPP), as part of the process to diversify international markets, during the last 23 years, 80% of exports Mexicans have concentrated in the United States with everything and the preferential access that Mexican products have today in more than 40 countries.

For example, sales to the European market in 2000 (when the trade agreement with that region came into force), represented 3.4% of total exports and by the end of 2016 only rose to 5.1%.

Similar situation occurred with exports to Japan: From the year 2005 (when the agreement with that country entered into operations), to 2016, they only rose from 0.68 to 1.0% of the total.

Even numerous export quotas (specific volumes of tariff-free products) have been left uncovered in various fiscal years. An example of these have been the quotas for the export of pork and orange juice to the Japanese market.

That is, while the Mexican government carries out the efforts to promote the TPP, while developing the renegotiation of the North American Free Trade Agreement (NAFTA), the productive sector of the country does not take advantage of the extensive network of agreements of free trade that Mexico has.

The era of the FTAs

With the entry into force of the North American Free Trade Agreement (NAFTA), in 1994, Mexico formally began the opening of its economy. The country was positioned as a strategic partner of the United States and Canada. With this, North America was postulated as one of the most competitive regions of the planet.

In the first year of the agreement, Mexican exports increased from 51 thousand 886 million dollars to 60 thousand 882 million (from 1993 to 1994), which meant an annual increase of 17.3%. Only the sales to the US market grew 20.2 in that period and with it concentrated 84% of Mexican exports. Only 2.5% was allocated to Canada.

Against this background, for the Mexican authorities (Secretariat of Commerce and Industrial Development, Secofi, at that time), it was clear that the way forward was free trade.

Therefore, in 1995 the FTA was signed with Colombia and Venezuela (known at that time as the G3), although in November the Venezuelan economy withdrew from the agreement.

Four years later (in 1999), the agreement with Chile entered into force. However, despite the preferential access already enjoyed by Mexican products in the Canadian, Venezuelan, Colombian and Chilean markets, exports to the American Union already accounted for 88.2% of the total.

The Mexican government, in order to promote a diversification of international markets and reduce dependence on the United States, streamlined the treaty strategy and targeted two of the world’s main markets: Europe and Japan.

Nowadays, Mexican products have preferential access to a potential market of one billion consumers in three continents of the world (America, Asia and Europe), which represent 60% of world GDP.

In this way, with data to 2016, Mexican exports totaled 373 thousand 939 million dollars, which represented an increase of six times the amount reported in 1994 (when the first NAFTA came into force).

Currently, foreign trade represents 64% of the national GDP, according to the World Bank.

Fernando Ruiz Huarte, director of the Mexican Council of Foreign Trade (COMCE), recognizes that the border of more than three thousand 200 kilometers with the United States is a radical incentive for the productive sector to concentrate on concentrating its exports to the US market.

However, he admits that this sensitive dependence entails high dangers, such as precisely granting a political position to the US president, Donald Trump, to launch pressure and threats that he will withdraw the United States from NAFTA. Therefore, it is in favor of diversifying the destination of exports.

On the other hand, Juan Antonio Barragán, advisor of the Intrade Consulting firm in Foreign Trade and Customs, considers that the diversification of exports requires a deep public policy that goes from training to

The General Director of the National Foreign Trade Bank (Bancomext), Francisco González Díaz, participated in the China-Latin America and the Caribbean Economic and Trade Cooperation Forum, which took place in the city of Zhuhai, with the purpose of attracting investments from the Asian country in strategic sector in Mexico.

In a statement, the Bancomext said that in that forum, which aims to promote trade and business cooperation between the two regions, topics such as economic and trade cooperation, ideas and measures to increase imports from Latin America and investment cooperation opportunities were discussed. in Latin America and the Caribbean.

The Mexican financial institution, together with the Development Bank of China, seeks to develop mechanisms to provide financing to potential Chinese investors. Likewise, the procedures for Bancomext to finance projects originated in China or even to act as guarantor for the issuance of payment instruments, so that Chinese banks grant projects are explored.

In the framework of a working tour of the Asian nation, González Díaz held meetings with Chinese and Latin American officials. In the event, it was highlighted that Mexico is working to achieve a greater commercial approach with China, whose economy has represented 30 percent of the global Gross Domestic Product in recent years.

On behalf of the Asian country, the intention is to increase investment to 250 billion dollars in Latin America and the Caribbean during the next decade. According to the report, Bancomext has sought to strengthen the business relationship with that Asian country through closer ties of cooperation via the exchange of information and seeking opportunities with the main institutions of development and banking.

He referred mainly to the Export and Import Bank of China; China Development Bank and China Export & Credit Insurance Corporation-Sinosure; and negotiations are being held to sign agreements with the Industrial and Commercial Bank of China and the Bank of China.